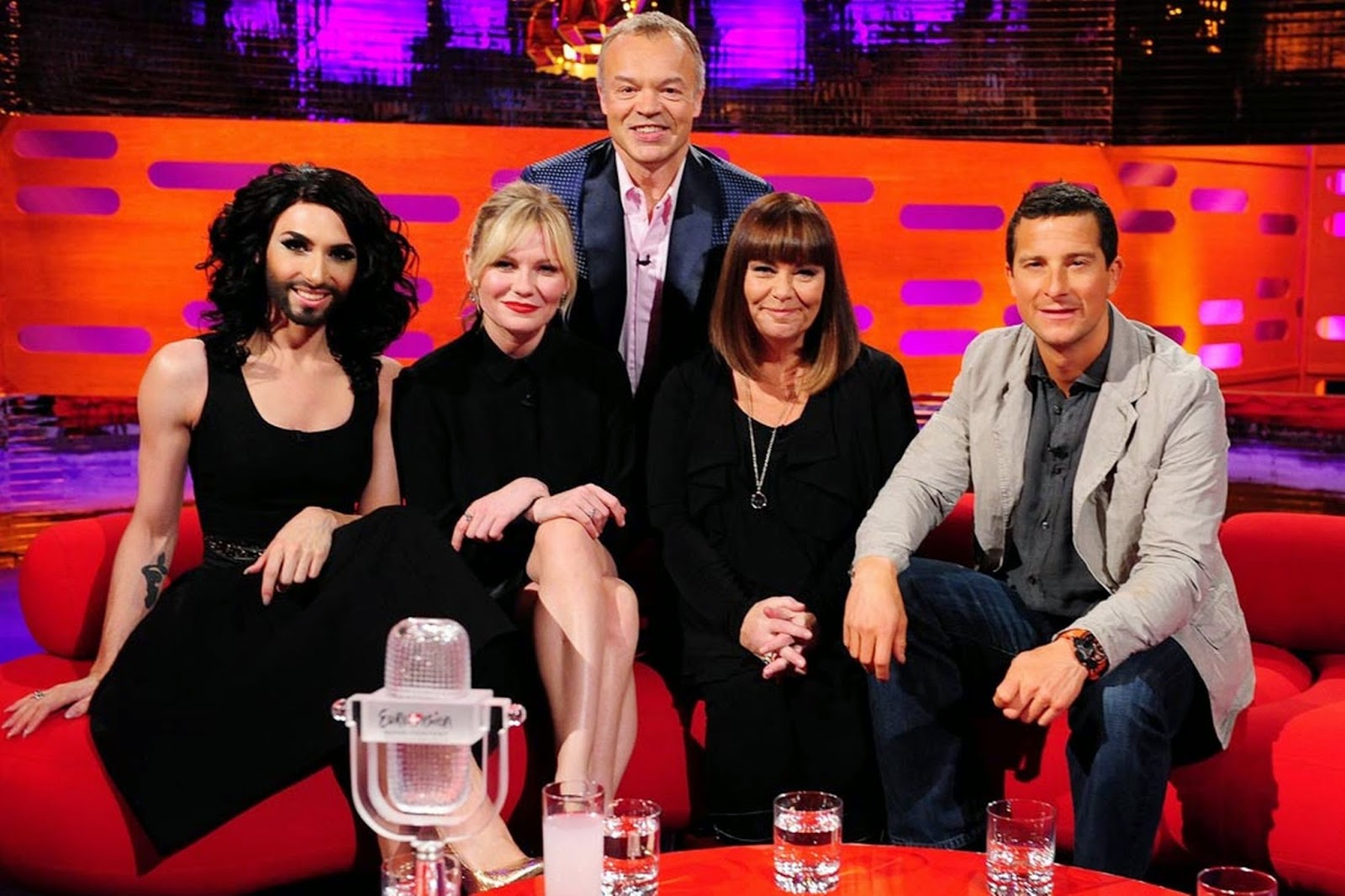 Conchita Wurst, the most famous bearded lady in the world, appeared on The Graham Norton Show a couple of days ago. She said:


“I love myself and the bearded lady is fun and expresses everything I feel. Being a teenager in a small Austrian village was not fabulous.”

Sir Elton John and David sent her flowers in recognition of winning the contest last week. She also got a tweet from Cher! Isn't that fabulous? Conchita has expressed that she will not represent Austria next year, however she would love to host the event... Kirsten Dunst, Dawn French and Bear Grylls joined her on the show.

Gogglebox also featured Eurovision. It's a brilliant program! For those of you who aren't familiar with the show it invites families, couples and friends from across the United Kingdom to watch TV from the past week. It aires every Friday on Channel 4, at 9pm. Molly's performance was not shown, however they did indeed show the Polish and Austrian entry. It proved rather popular with some of the men, for obvious reasons. Then it was Conchita's time to shine... she did shock a few people at first, although everyone applauded her by the end of her performance. You can watch the show here.