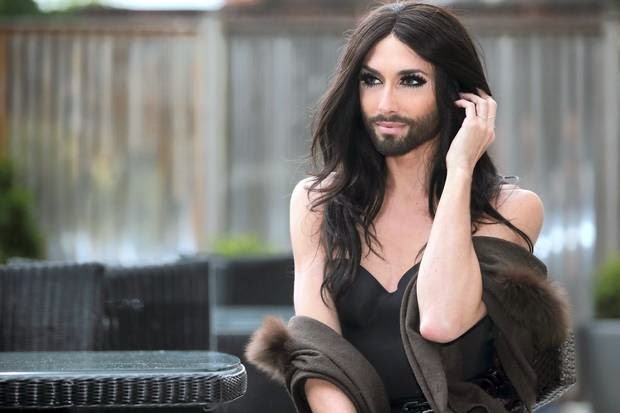 Last years Austrian winner, Conchita Wurst, will appear in several upcoming national finals. Tomorrow night she will be a special guest in the Swiss national final. It's also been confirmed that she will attend Melodifestivalen on 8th March. And if that wasn't enough, Conchita will also open Unser Song für Österreich on 5th March. Meanwhile the
hashtag #ConchitaSanremo2015 clearly worked as she will perform Heroes at Sanremo during the 2nd night of the prestigious Italian event. Back in November, Conchita also appeared at Malta's national final too. Here is a little recap of the national finals she will/has attended :-)