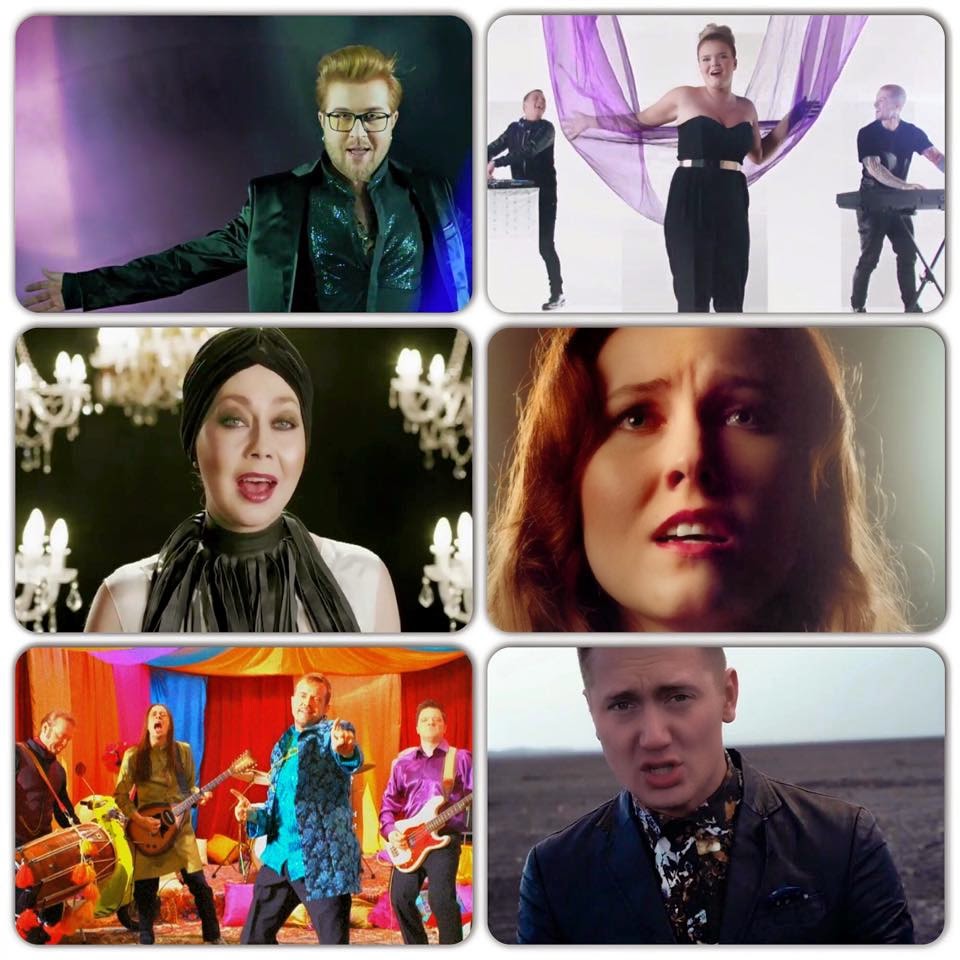 These special reviews continue with the 2nd semi final of Uuden Musiikin Kilpailu. Here's what myself and Blogilkar thought of the acts who will participate in this semi:

Jack - Meh, it's not bad but not that great either! I just find it avarage. This song doesn't interest me. Most likely a non-qualifier. 2/5

Blogilkar - This makes me think a bit GWN's Flags from UMK 2013. Anthemic pop that doesn't quite get going after all. Maybe this needs to be perfoemed on stage with live audience? It's not bad, but... it isn't anything special either even if I do like the lyrical concept. 2/5


Eeverest - Love It All Away

Jack - Eeverest's song is one of the strongest for sure! It's modern, catchy yet also unique. I love her voice, too. Oh I really do hope to see them in the final. A contender for victory? Hopefully, definitely one of the best! Me likes. 4/5

Blogilkar - Ida has an interesting voice and the intro of the song is great, but promising a lot more than it delivers in the end. This is once again an entry that will die or triumph on stage depending on the staging and live vocals and how they get the audience going. I doubt they will have any problems with the live audience jumping along hands in the air but how they manage to transmit that atmosphere to TV-screens where the voters are is another matter. 3/5

Jack - Opera Skaala's song is fun and I am sure her performance will be very entertaining. Personally, I don't think it's the best however I can see the appeal and therefore I'm sure she will qualify with ease. 3/5

Blogilkar - Many are comparing this to La voix or Svet z juga, but those two were pure schlager, this one isn't. In fact this break the main rule of an Eurovision entry with its almost total absense of a chorus. It's daring, crazy, weird and fascinating. You keep listening and wondering what comes next over and over again as you just can't remember what comes next indeed. First hearing left me very confused yet interested. Then I started imagining how wonderful staging one could do for this. If we take hint from the video what would be better place than Imperial Vienna? A real opera diva on stage, some baroque dancers going wild, those kaleidoscopic images in the LED-screens (that would be a nice reminded or Helsinki 2007 as well). Can't help but give it a full 5/5

Jack - Siru seems to be one of the big favourites to win the whole thing and I certainly wouldn't mind if she did. I love her song and she's beautiful.. and as mentioned, she won The Voice of Finland so we know she'll be great live. Yeah, a definite finalists and a potential winner for sure. Good luck, Siru! 5/5

Blogilkar - Interesting how foreign reviewers like this song so much (and Eurofans apparently all over Europe). We Finns are maybe more taken by the lyrics and their effect on us. If her goal was to make us think, she really manages in that and we don't pay attention to the rest; the melody, arrangement, her voice... This is a bit like Mikko Pohjola's Sängyn reunalla last year that finished second. A song with a very interesting and important text. I'm not yet totally won over by this, but if this won I wouldn't be sad. 4/5.

Jack - Shava are bringing Bollywood to Finland's Eurovision selection it seems. I do actually really like their song because it's different. However I don't think it's good enough to win the whole thing. Will they make the UMK final? Probably and that isn't a bad thing at all. 3/5

Blogilkar - This is much better than I expected beforehand. The rather tragic love at first sight happening in the mall and Finnish melodrama meeting Bollywood. It is catchy, memorable, fun and colorful. But would I like to see this in Vienna for us? No. Call me a stubborn old fart but I want a proper song and not something that would be labelled as a joke entry. This can become a summer hit and UMK should serve also for that, but for Vienna I want something else. 3/5

Jack - Truth or Dare is a decent pop tune and he looks the part but I feel something is lacking... Otto could make the final if his performance is good enough but at the moment, I'm not seeing this one as a non-qualifier. It's decent although a big average 3/5

Blogilkar - I have to agree. I had it hard to concentrate on listening as my mind started wandering elsewhere. Uninteresting, heard before, nothing original. Can't really remember a thing afterwards. He's ok, the song's ok, all's ok. Yet it's not working. Imperfectly perfect. 2/5

Stay tuned for the final installment of these reviews with the third semi finalists :-)
Posted by Jack Voda at 18:07