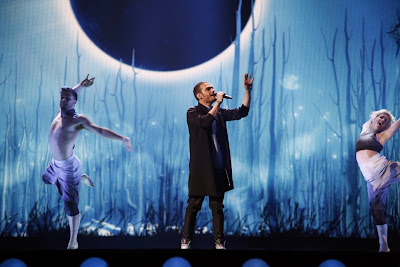 This blogger is slightly behind... opps! The 17 acts in semi final two have all rehearsed now. The countries getting the best reactions seems to be Azerbaijan, Poland and I'd say San Marino. Call me crazy but their performance appeared to me really strong. A shock qualifier? Even though the song isn't the best, I'd still like to see the microstate qualify. Montenegro's rehearsal was awesome too. I think Azerbaijan are winning this semi final and who knows, maybe the final too? The dancers are amazing, the backdrop is superb... They've spent a lot of money on this y'all! Elnur apparently had some technical problems though but that can be ironed out. Switzerland looks great on screen too. Meanwhile, I think Iceland looks fab! And no dancers - thank God! 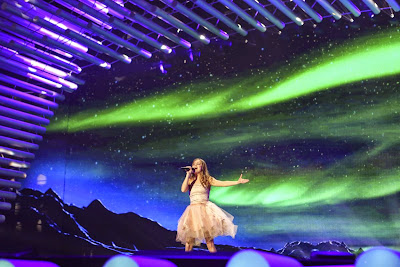 Slovenia has received mixed reactions. There's some work to be done there me thinks. Ireland also seems to be getting a mixed reaction. Molly's great - we know this - so why does she need backing singers behind her? It looks weird. Hmm.. I still hope to see Ireland qualify though! 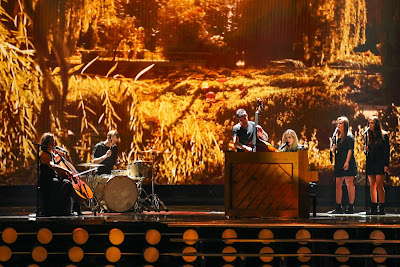 Elsewhere we have Cyprus and Czech Republic. Both songs I didn't see qualufrying but I think (and hope) I'll be wrong. Especially in the Czech Republic's case. They're really bringing it. 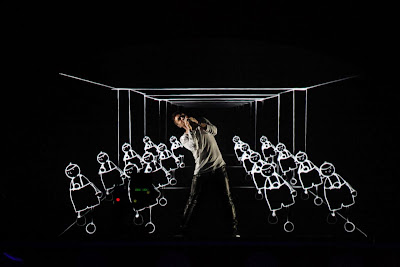 I'm underwhelmed with Norway. The backdrop is boring and it still seems that Deborah is having nerves on stage.. Oh and I love Portugal's hats!! Finally, let's talk about Sweden! The song you either love or love to hate. Måns Zelmerlöw is one of the favourties to win but his rehearsal has so many dislikes online and it seems people's opinions on the song are changing. I'm think Sweden will do well but who knows?

So the first semi finalists have all rehearsed for the 2nd time today so stay tuned for more...
Posted by Jack Voda at 17:55