Unfortunately, this blogger isn't in Vienna although I have been paying close attention to the rehearsals. The 16 countries who will compete in the first semi final  have now all rehearsed and it seems Russia are the most popular. Polina looks stunning - the staging is amazing and damn, A Million Voices is a friggin' awesome song! I'm going to be so annoyed if she gets booed next week..... 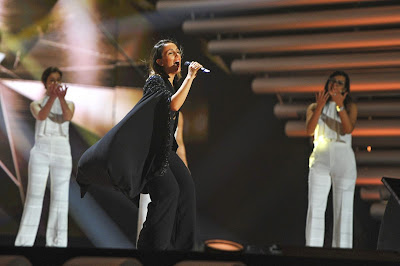 Elhaida from Albania also rehearsed today and it's still looking like Albania might get their best placing ever. Georgia and Romania also look really promising. With regards to yesterday, I think Estonia and Armenia are looking the strongest. They'll both be in the final. Finland is so just bizarre and random that I'm actually liking it now. Are PKN going to make the final? Greece is also looking very strong - I just hope the song will be memorable enough... the overall reaction of Greece's rehearsal was very positive though. 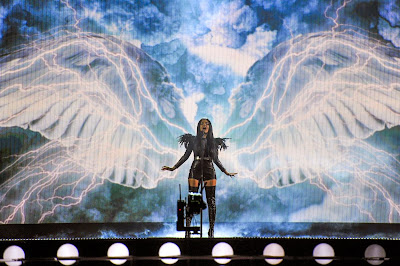 Now everyone's talking about Trijntje's dress. My first reaction was huh? but hey, she looks gorgeous and she's confident in her own body - so that's all that matters. I'd take my hat of to her if I had one. The staging is apparently a bit random so there's some work to be done it seems... Why ay ay ay couldn't they keep it simple? 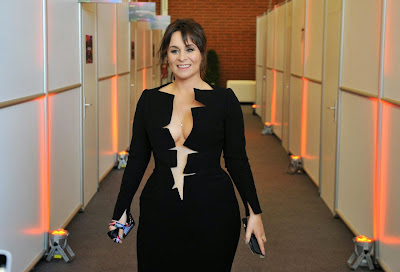 Belgium looked good but maybe there's too much happening? It might be messy. And I'm afraid Serbia won't be qualfirying. Maybe 15 years ago that song would've fared better. Or maybe not. So judging from the first rehearsals I think; Russia, Estonia and Georgia are the best. Georgia could be a dark horse. Love the eye!!! And maybe even Romania?! Voltaj were fab! The song has a message that'll touch a lot of people.  I hate to say it but Serbia really is looking awful.. Bojana is much better than the song. Hungary looks okay but the song? Me thinks viewers will fall asleep halfway through their performance. But we won't be failing asleep during Moldova! Whether you like Eduard's song or not, they're putting on one heck of a show! More to follow in the coming days.... 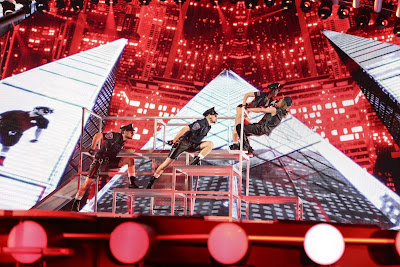