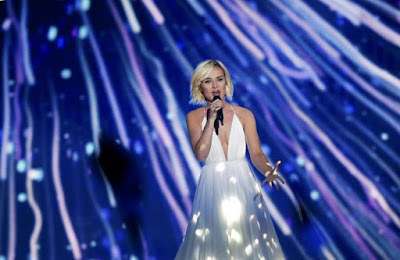 Oh My Gawd. What can one say? One of Russia's most vulgar and controversial politicians, Vitaly Milonov, has said that Polina betrayed her motherland. Why? Simply because Polina posted a video on Instagram during the contest kissing Conchita in the greenroom. Conchita congratulated the Russian singer and Polina said Conchita is very intelligent and a fantastic performer. This photo is very symbolic. 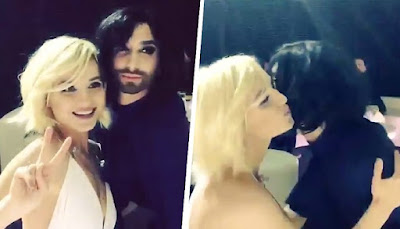 She achieved a more than respectable 2nd place in Vienna and even managed to bag Russia's highest number of points ever. Yet Vitaly Milonov has said Polina is a disgrace to her country. Here's a rough translation of his comments towards Polina.... Prepare to be shocked and saddened.


Who gave her the right to represent Russia? She represents only the private media structure, where Christian values are not on the first place. … The results are always falsified, the winner of Eurovision has no relation to talent. … When Russia proclaimed its Christian values and went against the propoganda of sodomy, a bearded pervert in women’s clothes went on to win Eurovision ….

Why did Gagarina, a married woman, kiss another man? What is so precious in hugging a mentally sick pervert? It was on purpose, because this is a condition of the contest to push a country as deep as possible, excuse me, into Euro-sh*t, using crude ways to affect the teenagers.  I criticised Gagarina’s kiss with this pervert, which she was doing with the name of Russia, but she immediately started arguing with us….

Gagarina became part of the propoganda and she is a traitor of the Motherland – she betrayed Russia for some carpets, medals or something else … so she could become a propogander of Western sodomic values. …

Very sad indeed. But we have to remember this isn't Russia's opinion of Polina. Russia as a whole is not a homophobic country. That's why I don't support people booing Russia in Eurovision. Why punish Polina (and The Tolmachevy Twins last year) because of some small minded politicians? Holding LGBT flags during her performance was much more effective in my opinion. 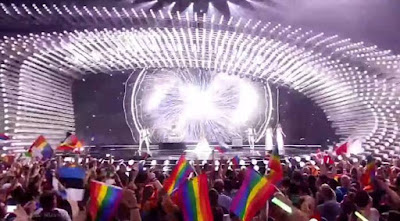 "We are the world's people, different yet we're the same...'