The Netherlands: "Birds" to be released March 11th! 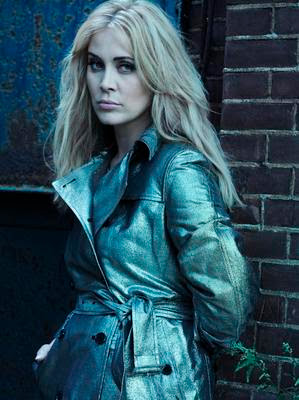 It's now official! We will hear the much anticipated Dutch entry on March 11th...

Anouk was the first artist to announce her participation for Malmo, back in October after months of persuading the broadcasters, thankfully! Anouk did inform that her song was a "killer song" but her producer isn't as optimistic... ^^

According to him, Tore Johanson, the song has no chance of winning the contest but Anouk released this through her Facebook page earlier today!


I just heard that my producer Tore thinks our song is too good to win the Eurovision songfestival. Is that even possible? Have Faith young Skywalker! The force is strong with this one :DBy The way the song is called Birds and not Birds Falling Down.Have a Magnificent Day!

Have a magnificent day yourself, Anouk! <3