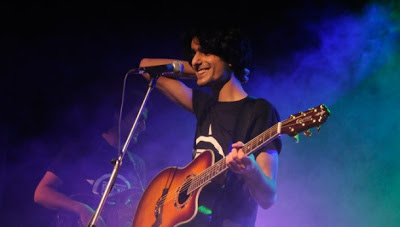 It's just only a week away until the Armenian song will be chosen through a televised national final, and AMPTV has received over 70 songs for that! In January, Gor Sujyan was confirmed as the Armenian representative - much to my delight!

Both foreign and domestic songwriters have sent their work into the broadcaster! Gor has so much potential and I'm sure Armenia will return with an amazing beautiful song, I hope so anyway! The winning song will be decided audience and jury. The final is due for 2nd March - which is going to be a rather busy night with Estonia and Hungary choosing their entry too! Gor wanted his band to perform with him in Malmo but AMPTV said no, thankfully - I'm pleased he'll be alone!

Good luck Armenia! This is what they participated with last time...