Russia: "What If" to be released this Sunday! 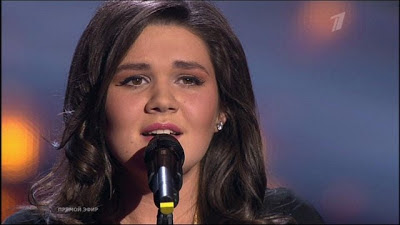 Dina Garipova won The Voice Russia and thus the Russian broadcaster selected her to represent the country in Malmp - this was only announced earlier this week! Her song, What If, which was written by some Swedes will be released Sunday 24th February!

We will hear it at 18:00 CET  (21:00 local time) on Воскресное Время - which is a Russian TV program! I'm looking forward to hearing it, she is a great singer! Yesterday, I saw this on SoundCloud - the clip is advertised as the Russian entry but it's actually a Chiara's song from 2009 - What If We? Very weird! Anyway, we will hear it on Sunday and we know she can sing live so there's no worries there!

One of her great covers...