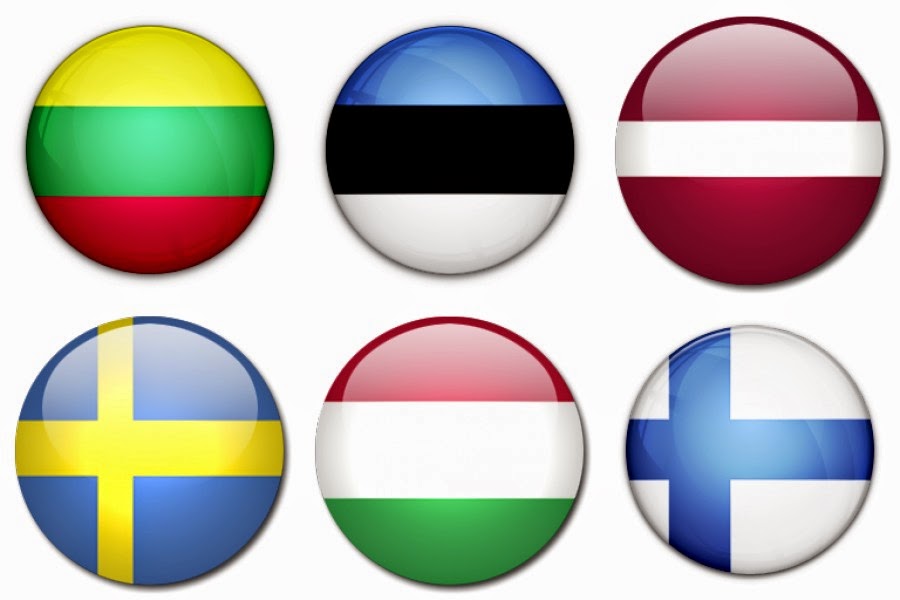 Another national final weekend awaits us, ahh I love this time of year :-) Three countries will be selecting their song for Vienna whilst Finland, Hungary and Sweden continue their selections.

ESTONIA
Eesti Laul concludes tonight. Ten songs are in the running to represent Estonia and the winner will be decided by a 50/50 combination of jury and televote.
Will Elina Born & Stig Rästa win as predicted or could there be a major upset? This blogger would devastated if they didn't win.. it's an amazing song!!

LITHUANIA
Mia, Monika Linkytė and Vaidas Baumila will tonight fight for the Lithuanian ticket to Vienna. All three have previous national final experience.. The song was decided last week and it's This Time. Interestingly, Monika and Vaidas both performed the song amazingly together. They even kissed - it was a lovely performance and I would love to see them both win. But I don't know if that's possible as it would be rather unfair on Mia I guess.....

Find out here what myself and Blogilkar thought of tonight's line-up!

SWEDEN
Another seven acts are aiming to make the final of Melodifestivalen as the 3rd semi final will be held tonight. I will be focusing on Estonia and Lithuania and therefore won't watch the show tonight..
HUNGARY
Nine acts will be hoping to qualify to the final of A Dal although only four will make the cut.
Of course I want to see Kati Wolf make the final.. I expect Passed and Bogi will also sail through to the final too, but who will join them?

LATVIA
All attention will be on Latvia tomorrow, as Supernova finally concludes. Only four acts remain in the competition. Aminata Savadogo seems to be the big favourite, with Markus Riva also a big contender for victory. Maybe. Although don't rule out MNTHA. Her song is weird yet somehow wonderful - and the Latvians don't always select the most internationally friendly songs..ElektroFence's song isn't bad but come on.. the other three are so much better! More here