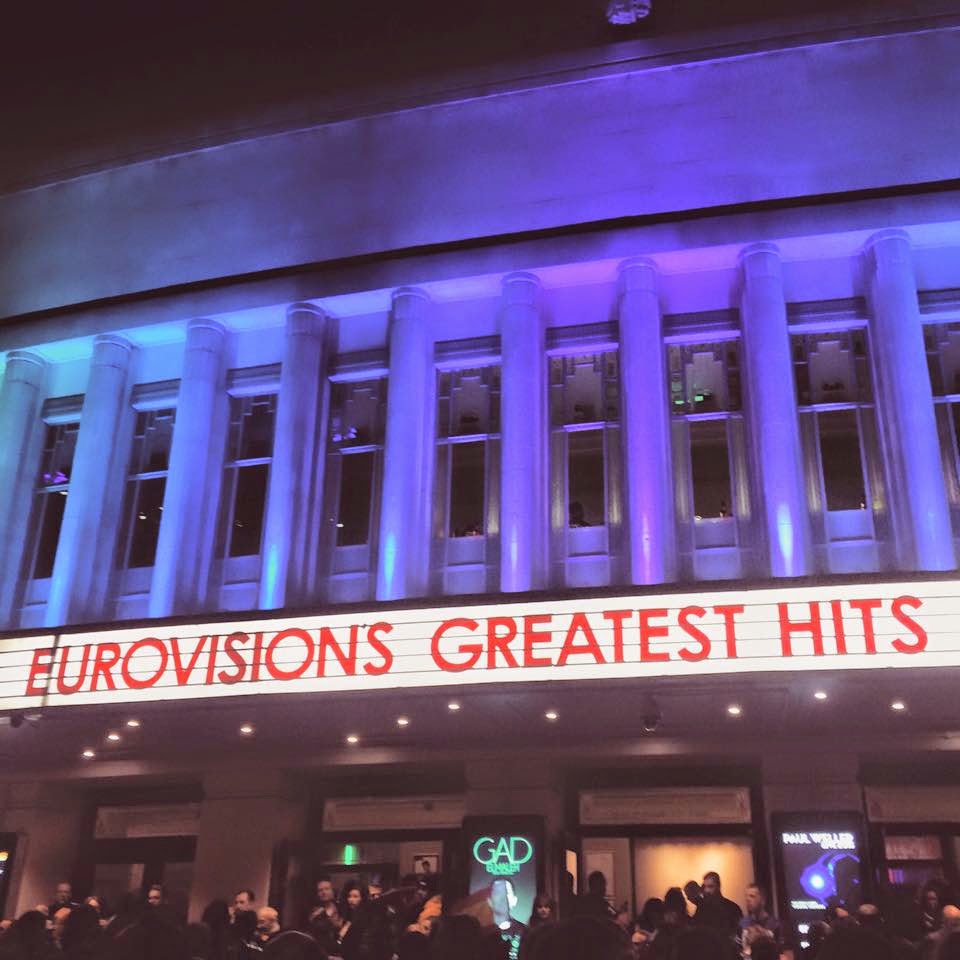 The Hammersmith Apollo played host to Eurovision's Greatest Hits last night and like many hardcore Eurovision fans, I was there!! It was defiantly a night to remember - I had the opportunity to met so many amazing friends and also saw Valentina Monetta. I was standing in the centre of the arena (near the autocue), and fortunately I didn't have anyone too tall in front of me so I had a great view. Yihuu!

The show itself started with Guy Freeman thanking everyone for attending the show - and then he announced Electro Velvet would perform! They won't appear on the live broadcast though unfortunately however it'll be shown on the Red Button or iPlayer or something... Even though I'm not a lover of their song, they did perform it very well indeed. I was impressed - and Bianca especially sounded great live. They could surprise and even Graham Norton said in a year of ballads, there's a good chance the UK will do well. Graham Norton and Petra Mede were both fantastic hosts. One of the many highlights was Petra saying 'I can't wait to see JOHNNY FUCKING LOGAN!'. 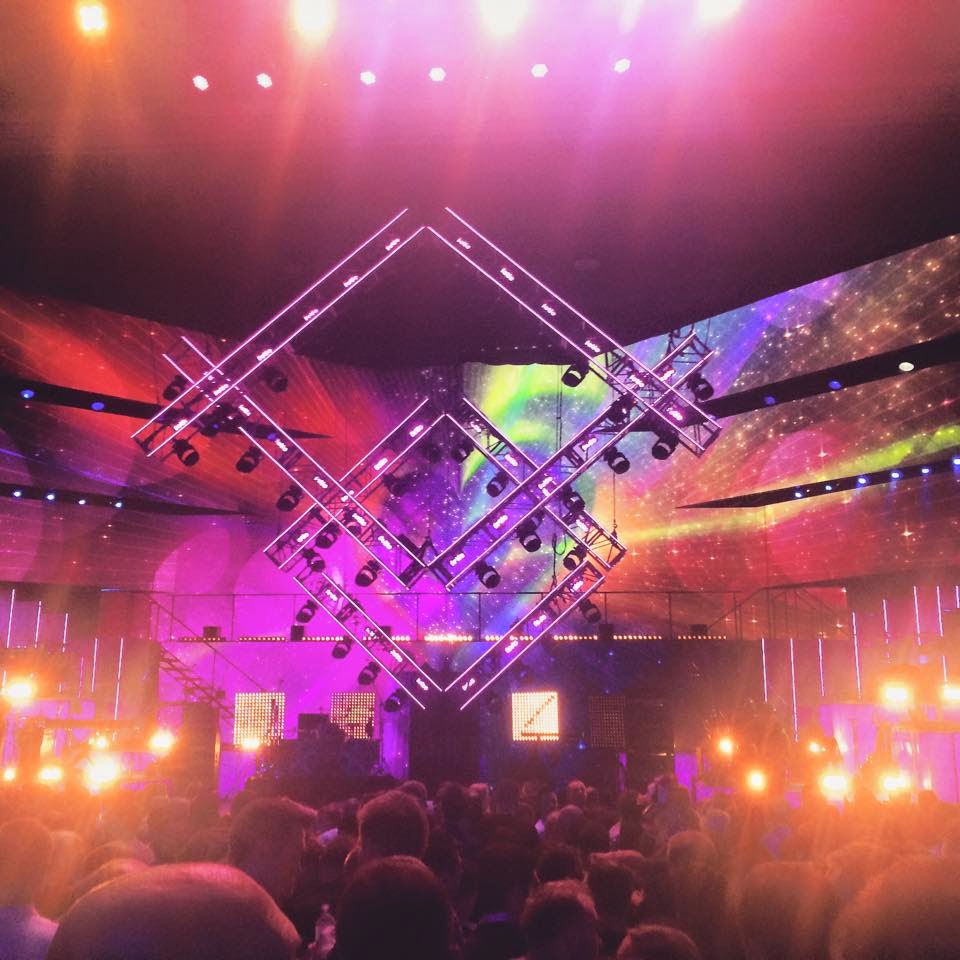 Photographs and videos were prohibited during the performances, however I noticed some people failed to abide to these rules. The photos I took was before the show and during the interval. Emmelie de Forest officially opened the show. I've been a massive fan of Emmelie since she won DMGP 2013, so I was super excited to finally see her live - her stage set included smoke, four dancers and several percussionist. She didn't disappoint. Ann Marie David and The Herreys were both next to perform. They were outstanding, especially Ann Marie! Israel's Dana International was 4th to perform. The party really started then! Her vocals were off key at times but who cares? You don't need to sing in tune when your name is Dana International!! The Olsen Brothers's performance was actually one of my favourites. Everyone around me was singing along, dancing, swaying.. magic! I still can't believe that I have finally experience a live Eurovision event. :-)

Brotherhood of Man were incredible. Save All Your Kisses For Me is such an well known and iconic song. I know I keep repeating myself but last night was so fantastic! I'm still buzzing. Rosa from sunny Spain performed her Eurovision entry and a few Spanish classics too. The crowed loved her. Everyone loves her! Riverdance performed before the interval. I'm sorry but their performance did nothing for me.. It was nice to see though. If I had to pick just one performance as my #1 favourite it would be Lordi's! THEY WERE INSANE! Eurovision 2006 was actually the first contest I watched so it brought back so many fond memories. Natasha St Pier looked beautiful in her dark purple dress and gave a wonderful rendition of her song. The backdrop was also gorgeous! 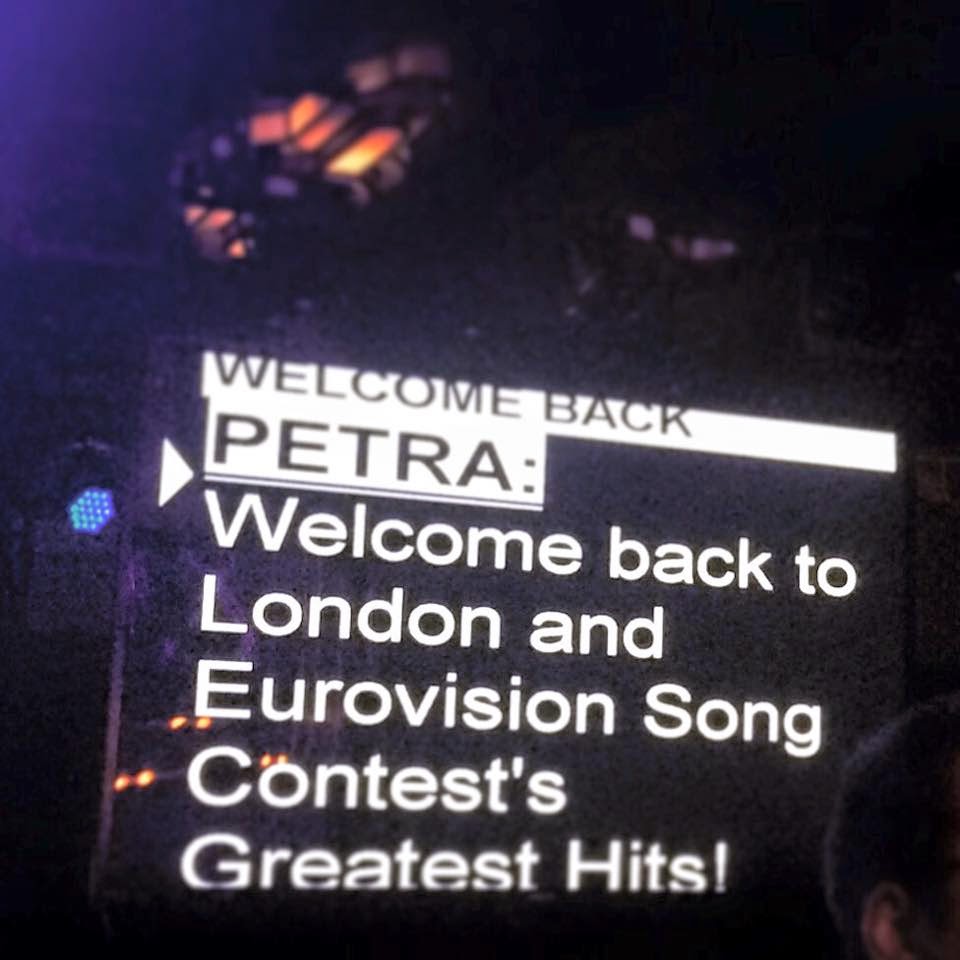 I understand why people hate Russia at the moment. Their anti-gay laws, the invasion of Ukraine, possible invasions elsewhere etc. but that isn't Dima Bilan's fault people!!! The moment Russia was mentioned, the majority of the audience started booing. I didn't boo. Graham Norton said this is not a competition for politics but a celebration of all things Eurovision.. or something along those lines. Some people still booed although then the vast majority cheered. It's going to happen in Vienna too, I just know it will. Poor Polina. Anyway, Dima did perform his songs very well indeed although he was clearly affected by the jeers. Who wouldn't be? It will be interesting to see how the BBC edit the booing. I just think it's sad that he was booed.. I don't wish to go into politics but I do feel Dima was unfairly treated. He shouldn't get booed just because of his country. I just felt sorry for Dima.

Bobbysocks from Norway and Nicole from Germany were truly enjoyable too. Loreen was incredible! Her performance was pretty weird actually but in a good way. The audience went insane. I am really looking forward to seeing the live performances on Friday. Lys Assia made a special appearance where Graham carried out a small interview with her. This blogger still wonders if Lys return to Eurovision on day.. Johnny Fucking Logan (Petra's words, not mine!) was the penultimate act to perform singing various Irish classics. I heard someone near me say "omg doesn't he look old now!" LOL! And then the official queen of Eurovision closed the show... CONCHITA! The crowd continued clapping and clapping for about five minutes non stop.. in the end, a stage manager had to get her off her podium as Conchy was lapping up every moment and rightly so. Love her. I did feel a tad emotional after watching her perform. It was very special. The show closed with all the acts, apart from Loreen, singing Hallelujah and Waterloo.. It was the best night of my life! Watching so many great performances, the atmosphere, exploring London, meeting new and old friends however the highlight without a doubt was meeting Valentina Monetta... :-) 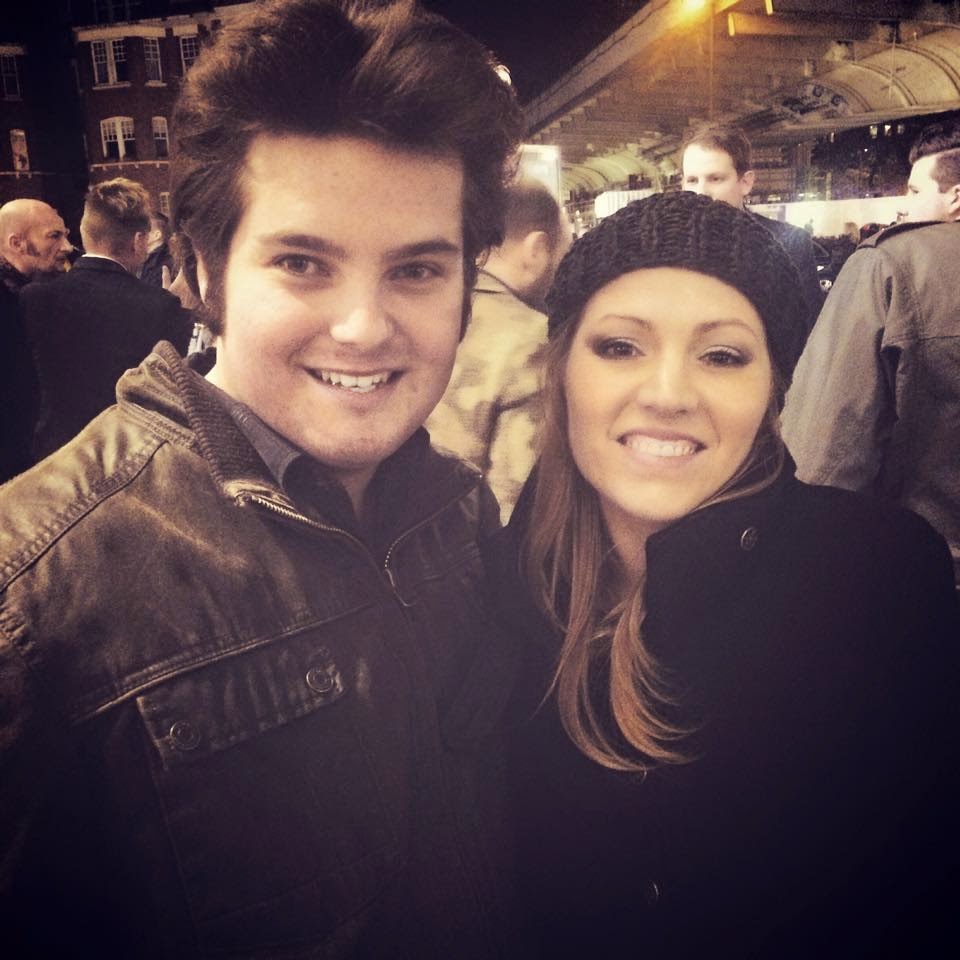