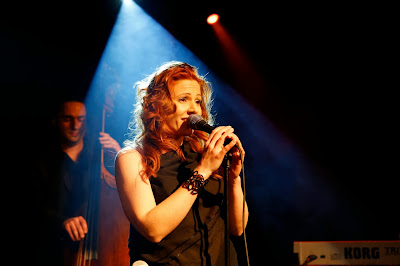 eurofestivalnews.com reports that Valentina Monetta will release a new album in January. It will contain her Eurovision entry for the 2014 contest, too!

This new album will feature a total of 12 new songs, some written by Ralph Siegel, and some written by Valentina herself. Valentina and Ralph are currently working on songs for the album - and one song will be the 5th Sanmarinesse entry! No dates have been released although we know we'll hear it in January. I hope her Eurovision song will be jazzy and catchy... and in Italian!
Posted by Jack Voda at 18:58