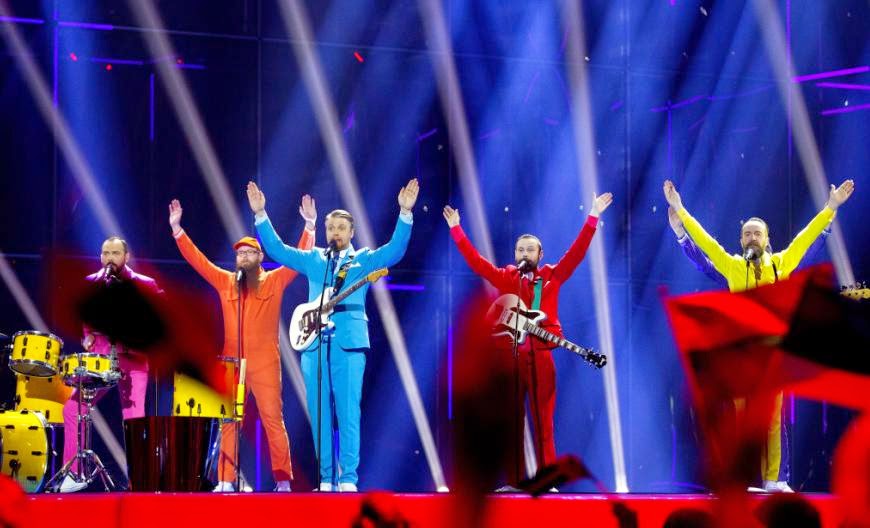 Some details regarding the upcoming edition of Söngvakeppnin, Iceland's national selection, have been revealed. Firstly, the semi finals will take place on 31st January and 7th February. The final will be held on Valentines Day aka 14th February. RÚV, the Icelandic national broadcaster, received a total of 258 songs - only 12 songs will make the contest.. The participants will be shortlisted and revealed within the next few weeks. 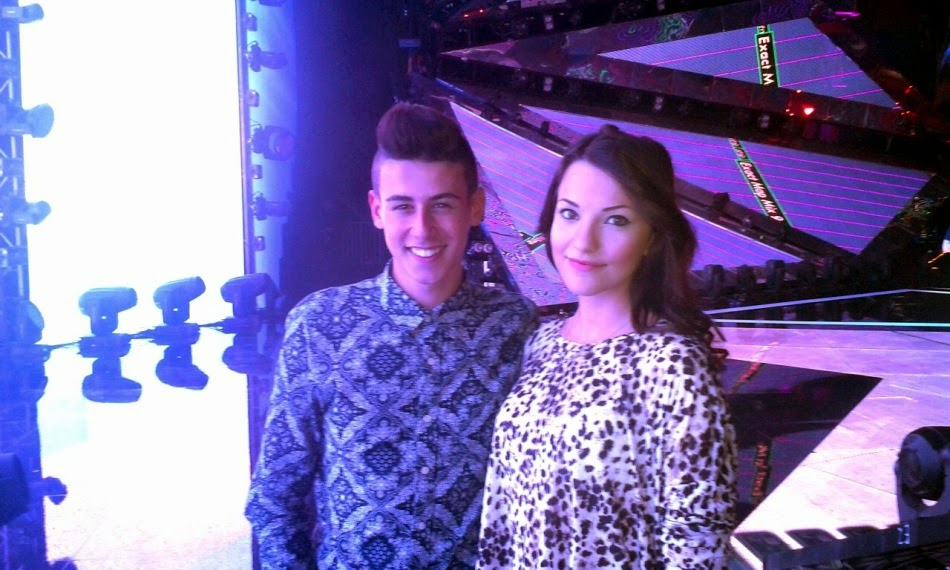 Source - ESCBubble
Posted by Jack Voda at 10:31 No comments: At 12:00 CET, a press conference will be held to reveal the 2015 Sammarinese representative. Who will succeed Valentina Monetta? We will find out very soon! I am confident San Marino won't disappoint us :-)
Posted by Jack Voda at 18:23 No comments: 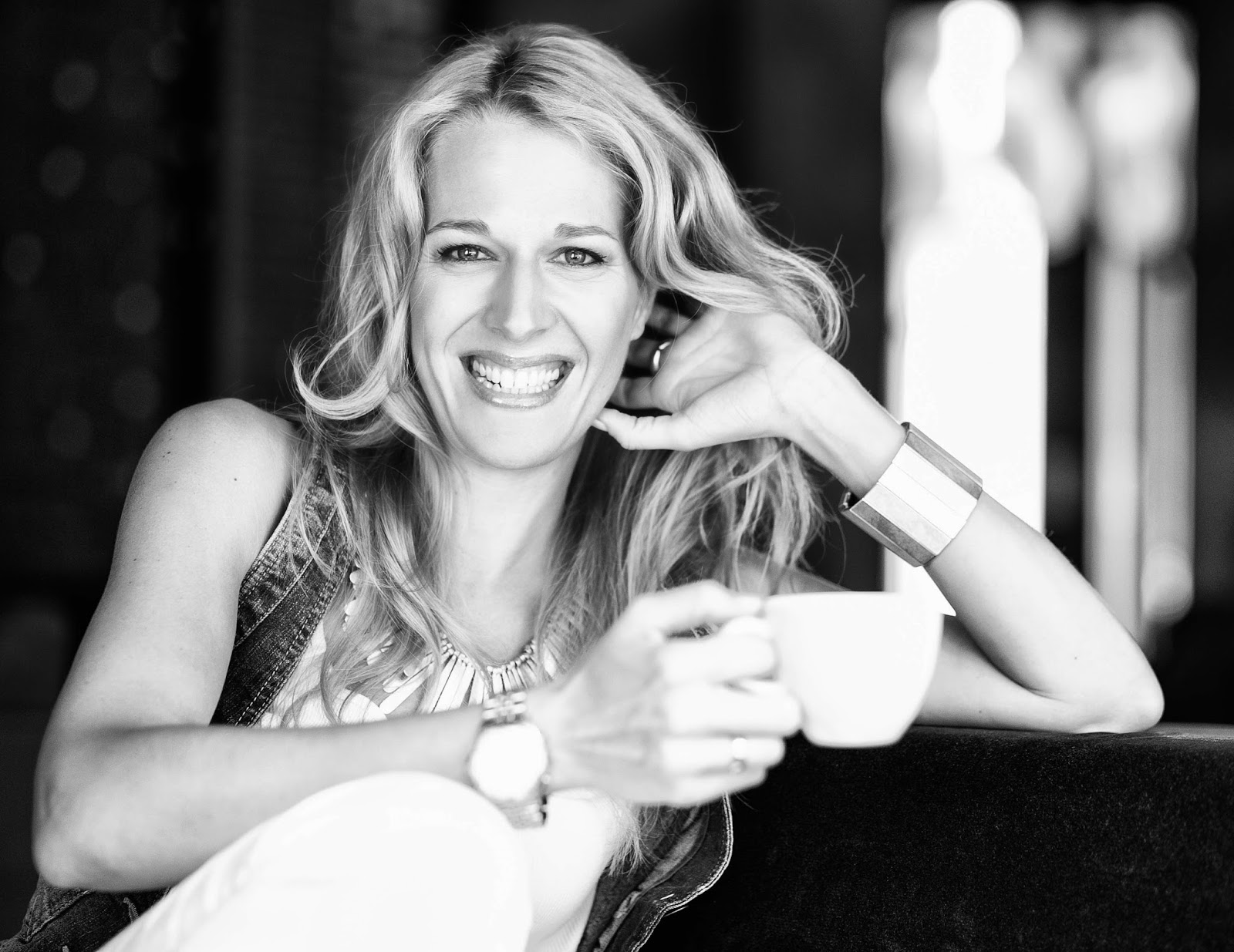 It's recently been announced that Kati Wolf wants to return to Eurovision. She plans on entering the Hungarian national selection with Ne engedj el! Kati Wolf was a favourite among many to win Eurovision 2011, although only managed a rather unfortunate 22nd place. This blogger would definitely be delighted to see her return! 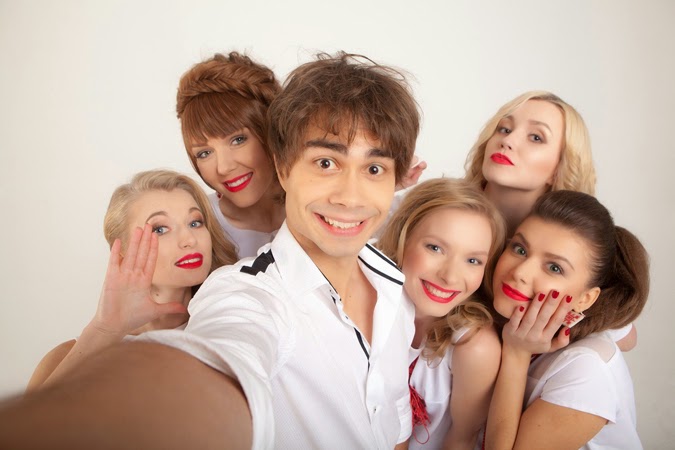 Over 110 songs have been received by BTRC for the upcoming Belarusian national final.  A number of well known acts are in the running to represent Belarus in the contest; these include Napoli, Switter Boys, Alexey Gross, Daria and Gunesh. As previously reported, The winner of Eurovision 2009, Alexander Rybak, has composed a song for a girlband her created - they will perform under the name Milki. You can already listen to some of the songs here.

Source and photograph - KP.by
Posted by Jack Voda at 17:14 No comments:

The themework for Eurovision 2015 has been revealed! I like it very much although it does remind me of just a little bit of Oslo 2010.. Jon Ola Sand said:


It is a great logo, a strong sign with recognition value and endless possibilities.

Photograph - Eurovision.tv
Posted by Jack Voda at 09:46 No comments: 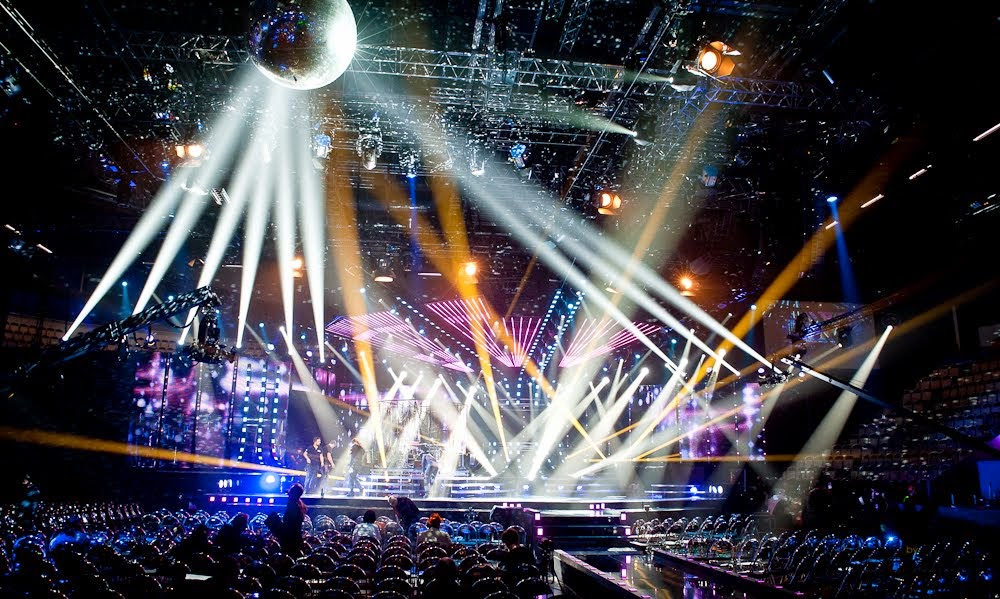 The line-up for Melodifestivalen 2015 is complete. And there are indeed some familiar faces among the Swedish hopefuls. Ellen Benediktson came 7th last year. Here are the hopefuls: 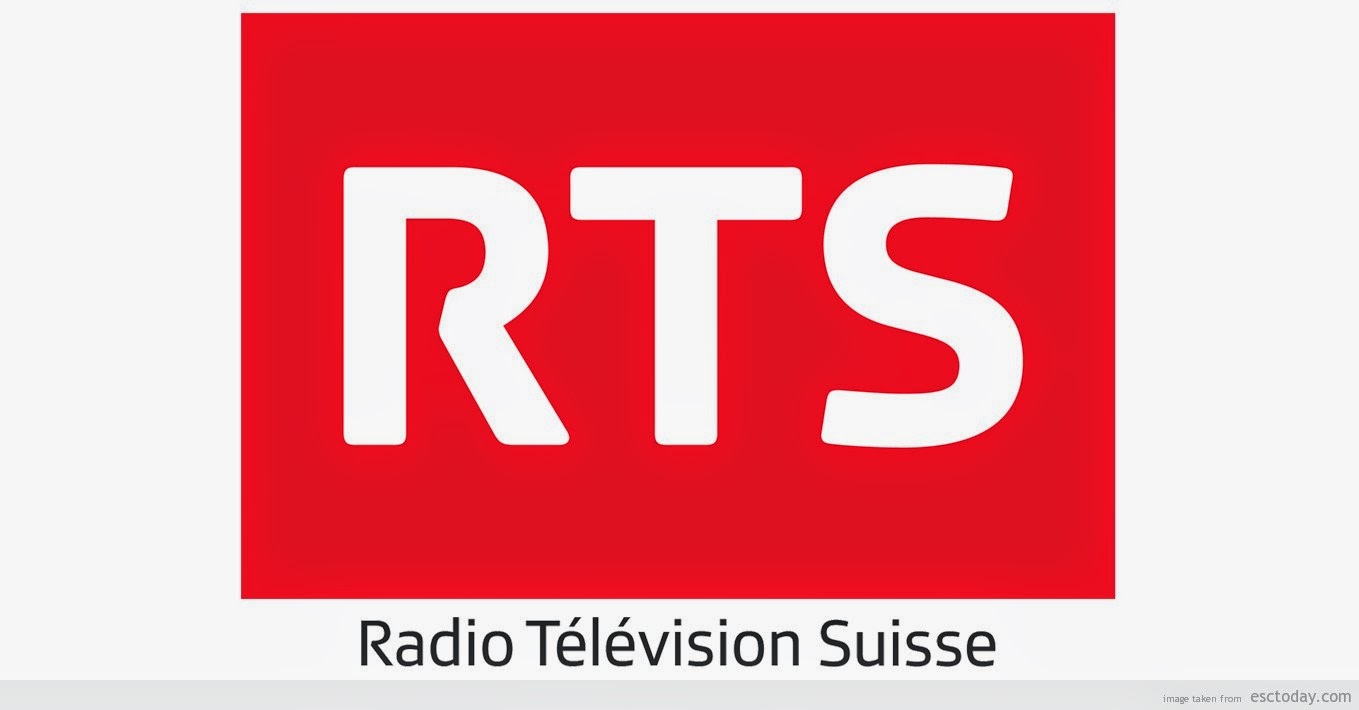 The French language speaking Swiss broadcaster, RTS, today revealed the six songs that will advance to the Expect Check in December. Listen to the songs here! Will one of these represent Switzerland? I think it's highly unlikely but Mélanie René's song is cute.. These acts made it through to the next stage: 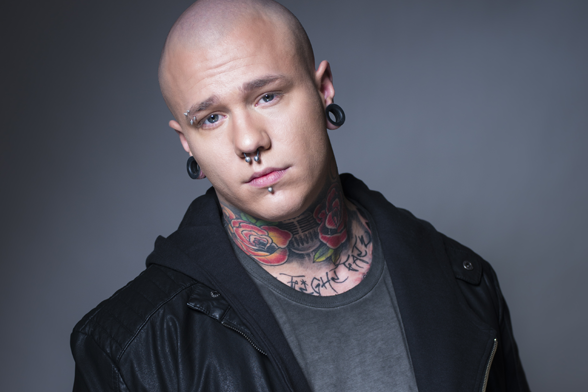 A press conference was held earlier today to reveal the participants for Melodifestivalen 2015. And the rumours were true, as Eric Saade will return to the selection. He's the hot favourite to win already, before a note has been sung.. Other well known names include Jessica Andersson (five time Melfest participant, most recently in 2010) and Linus Svenning (came 4th in Melodifestivalen 2014). The remaining fourteen names will be revealed tomorrow morning! 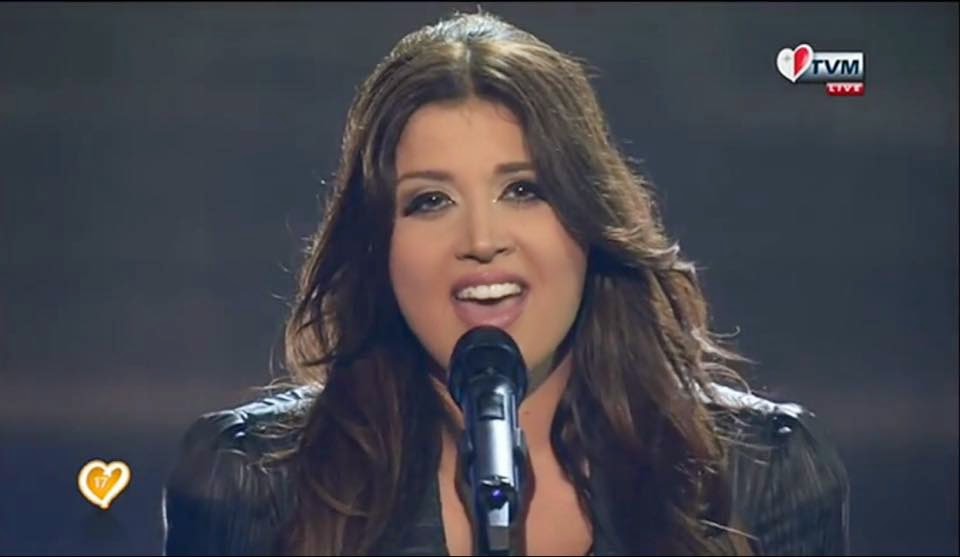 The Maltese representative for Vienna is ... AMBER! This blogger couldn't be happier!! Amber was the best choice without a doubt. She topped the jury and the televote. Christabelle came 2nd and Glen Vella achieved 3rd place. The Maltese national final was fantastic. The staging was fabulous and I reckon it's only a matter of time until Malta host Eurovision itself... hey, maybe it'll happen in 2016? Fan favourite Jessika only managed 9th place (she didn't sound the best) and poor old Karen didn't get a single point. Amber was actually a backing singer for Kurt Calleja in Baku and has tried several times before to get to Eurovision with Catch 22 in 2011, Answer with your Eyes in 2012, In Control in 2013 and Because I Have You in 2014... now she's victorious! Apparently the song itself might have a slight revamp before Vienna, which will no doubt make it even stronger. I just pray they won't change it all together!! The full results:


Enjoy the live performance below: 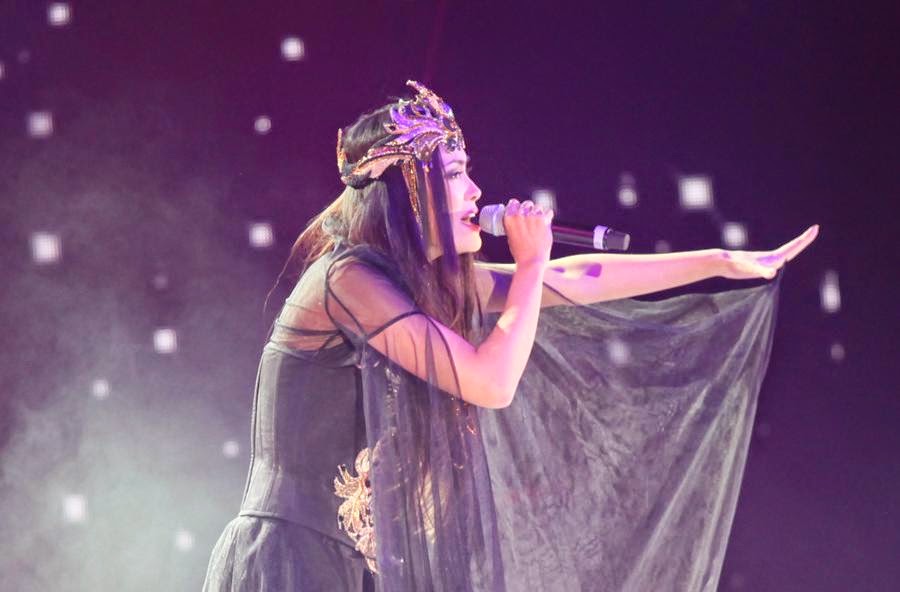 Zhanar Dugalova from Kazakhstan won Türkvizyon yesterday. Tatarstan and Bashkortstan came 2nd and 3rd, respectively. The show wasn't without controversy -  Türkvizyon has been criticised for several reasons, such as voting irregularities during the semi final earlier this week. Izin korem reminds me of Armenia's 2009 entry. But the big question on everyone's lips is could Kazakhstan's win encourage them to participate in Eurovision? It's a long shot but you never know... The full results: 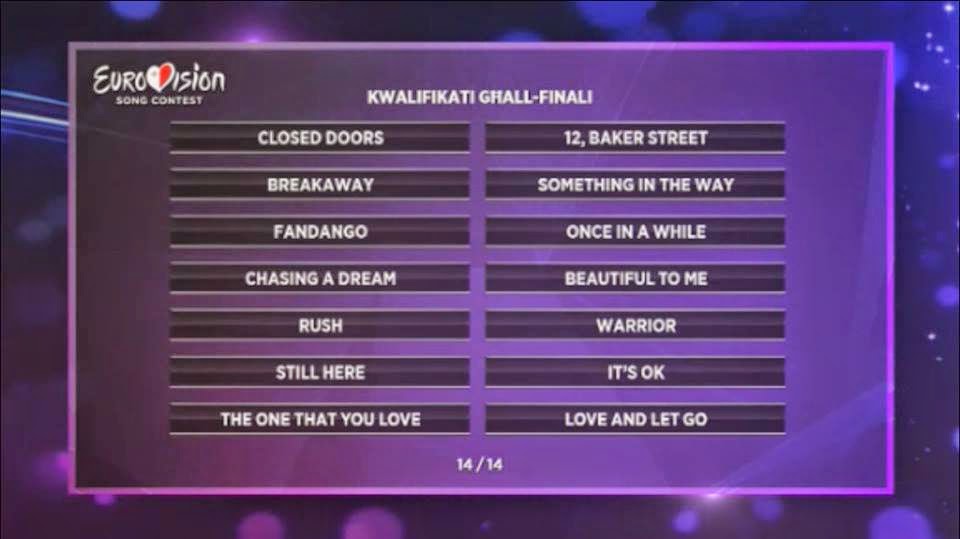 The Maltese qualifiers were announced moments ago, and there's not really any surprises. Amber, Jessika, Karen Debattista, Ekklesia Sisters and Deborah C all managed to qualify for tomorrow night's final. Amber must win. Unfortunately, we lost six acts. Raquel was eliminated - I don't know why.. Her performance was one of the best tonight. Loved it. Ekklesia Sisters's (The Nuns) will no doubt do very well, possibly even win, but I've heard their performance was very poor. I don't think the juries will appreciate them but we'll see. The acts in red failed to make the final: 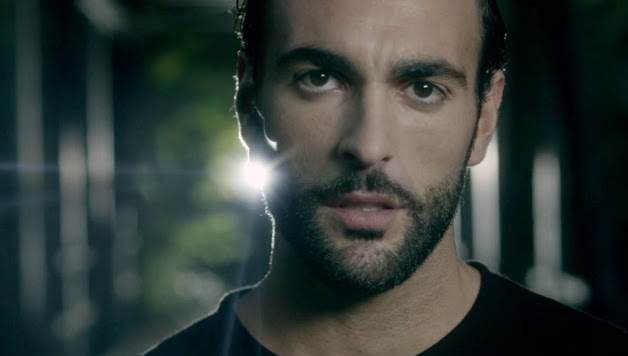 The Italian superstar, Marco Mengoni, has released a brand new song today. Guerriero managed to reach #1 on iTunes in only 94 minutes, following its release. Impressive! His new songs has an electronic sound and interestingly it translates to Warrior. A good luck charm for Amber tonight? ;-)
Posted by Jack Voda at 19:24 No comments: 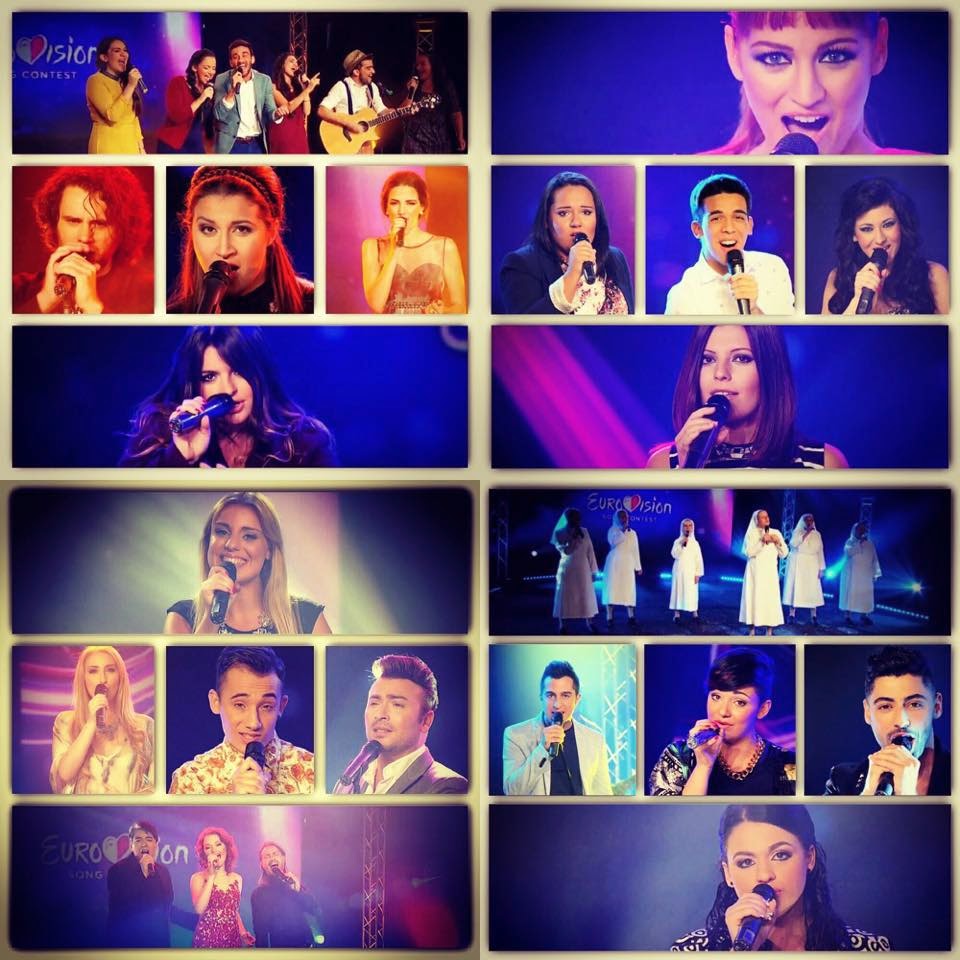 Twenty songs. Fourteen qualifiers, One winner. Malta's semi final will be held tonight and it promises to be a fabulous show. Many fantastic and unique acts are in the running to represent the tiny island but this blogger has three ultimate favourites - Amber, Jessika and Raquel. But I think the winner will be either L-Aħwa or Ekklesia Sisters - although Amber could definitely challenge them. Or maybe Raquel could win? Her song is unique and many people seem to like it. I don't know but I did review all the songs individually, and y'all can check my reviews out here. Here's the running order for tonight.
Good luck to everyone! I'll update this post later tonight with the results..
Posted by Jack Voda at 00:00 No comments: 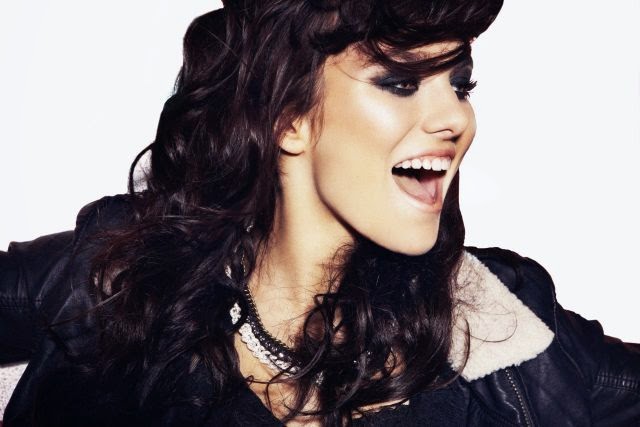 Polish born Ewa Farna won Super.cz’s poll with an impressive 70% of the votes. Meanwhile, she is winning another poll and people have stated that Poland would award them lots of points if she was chosen.. that's if Poland and Czech Republic are in the same semi final, of course! Even though the Czech broadcaster and media are happy about their return to Eurovision, unfortunately the public aren't as enthusiastic. 5,300 people took part in Novinky.cz's poll and 94,7% said they won't follow Eurovision next year. Therefore only 5,3% will support their representative in Vienna. But anyway, if Czech Republic actually send something decent and do well - that could encourage interest in the future. This blogger believes Slovakia won't return though and Bulgaria will make a final decision within the next couple of weeks.
Posted by Jack Voda at 19:24 No comments: 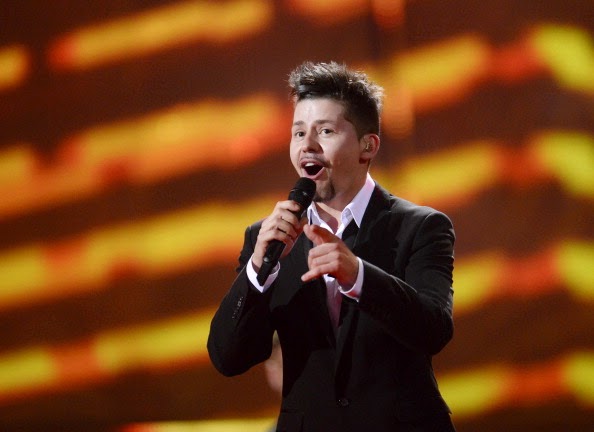 Belarus will hold their national final on 26th December. Fifteen acts will compete for the right to represent Belarus in Vienna. Auditions will be held on 4th and 5th December - the full list of participants will be released following day. A new girlband are set to compete, with a song composed by Alexander Rybak. I'm looking forward to hearing their song!
Posted by Jack Voda at 13:35 No comments: 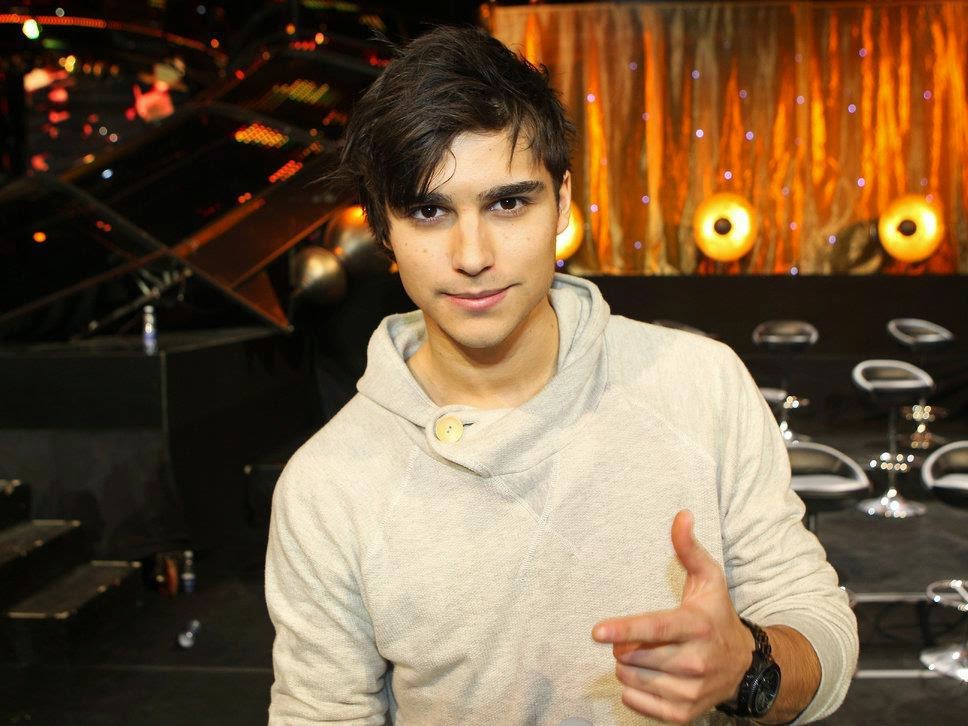 Eric Saade is set to return to Melodifestivalen next year - according to Aftonbladet. The full list of participants will be revealed next week. Other acts likely to participant include Linus Svenning, Charlotte Perrelli, Sean Banan, Måns Zelmerlöv and Sara Li. Eric Saade represented Sweden in 2011 and achieved third place - maybe he will do even better next year? 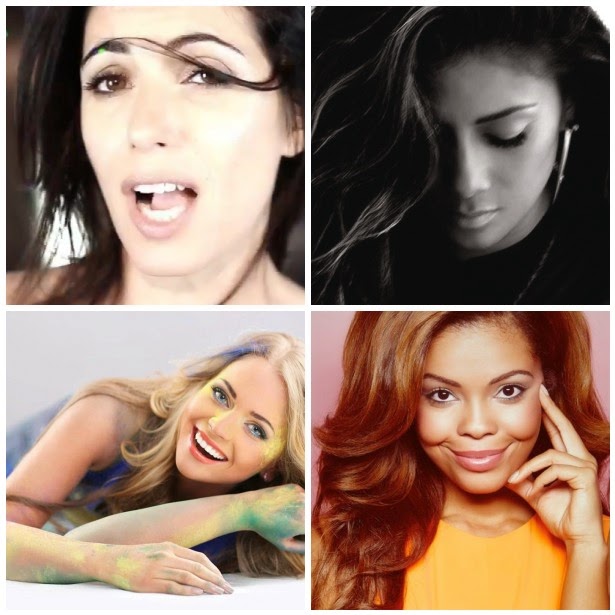 Giorgia is one of Italy's most well respected singers and she released a new video-clip a few days ago. La mia stanza is very different when compared to her other songs. It's uptempo and does sound a little dated.. yet I like it! What do you think? This blogger is desperate to see her in Eurovision. I even featured her in my Wishlist Series earlier this year. Nicole Scherzinger performed Run on The X Factor last weekend and wow, her performance was stunning! It features on Nicole's new album and you can buy it here on iTunes. One of the best songs I've heard in a long time. I'm Alive is Alyona Lanskaya's latest song. She's heavily rumoured to return to Belarus's selection (which takes place on Boxing Day) and it's probable that I'm Alive is the song she will compete with. Hmmm, it's OK. Finally, you probably won't be familiar with Stephanie Nala but she's fantastic. She was eliminated in week two on The X Factor but I think Stephanie deserved to do so much better. Check out her covers of Wicked Games and Can't Hurry Love. Isn't she adorable?!
Posted by Jack Voda at 10:59 No comments: 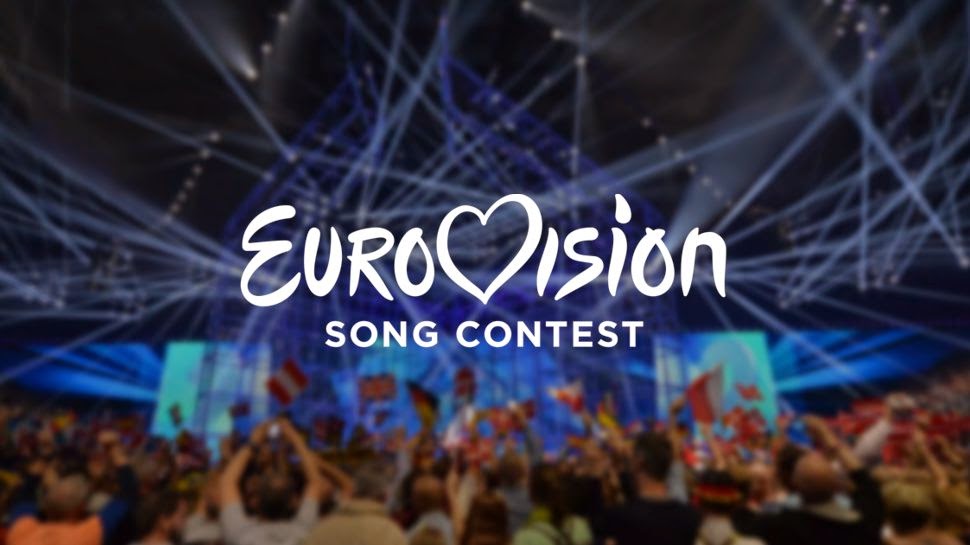 On this post I'll add the countries that have applied to compete in next years Eurovision! Broadcasters still have the right to withdraw still until the EBU's deadline. The current list of participants is as follows: