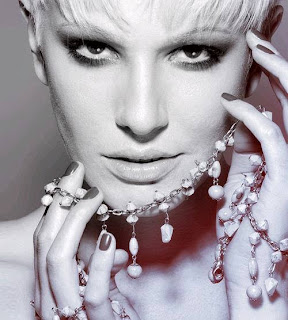 Tijana Dapcevic is going to Denmark! MRT announced that Tijana will fly the Macedonian flag in the evening news - for more, take a look here.

She looks a pretty decent choice - and no one can deny her fantastic voice! She's actually Tamara's sister, the Macedonian 2008 representative. FYR Macedonia never made the final this year - with the car crash of Pred da se razdeni - I reckon their chance of qualifying in Denmark (and hopefully Horsens) is high although we need to wait for the song. No information about the song yet.

Tijana tried to represent her FYR Macedonia in 2002 with Izgrev and then she tried her like with Serbia-Montenegro in 2006, although she only came 8th out of 23 participants with Greh. And one of her newer songs here. Good luck Tijana... 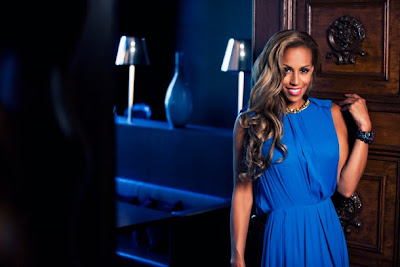 Back in June, Armin van Buuren announced he'd be interested in representing The Netherlands after Anouk achieved 9th place in Malmo and now it seems Glennis Grace wouldn't mind flying the Dutch flag either!

Speaking to SBS6 TV show Shownieuws she commented that if Armin van Burren was to ask her, then she would be up for it. Glennis represented her country in 2005 but she failed to qualify even though she was one of the favourites so could this be her opportunity after all these years? She has actually said that she wouldn't bother returning to ESC after her poor result in Kiev, but she's had a change of heart. It wouldn't be a bad choice but I guess we'll have to await some official confirmation.

Enjoy her cover of Euphoria... 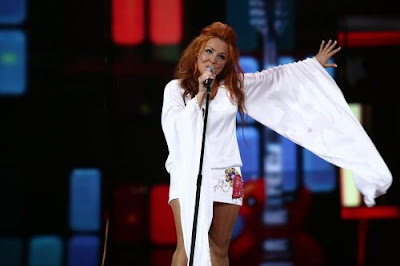 The landlocked microstate withdrew from Eurovision back in 2009, due to financial pressures, and have failed to return since - much to the disappointment of Susanne Georgi.

Susanne flew the Andorran flag in 2009 with La Teva decisió (Get a Life) and is the countries most recent representative - she's actually Danish, but Andorra is her adoptive country. She recently gave an interview to diariandorra where she stated...

For me it is very sad to see that they don’t have 80,000 EUR to participate [in Eurovision] and at the same time they spend millions in other things like “Cirque du Soleil”. Eurovision is one of the most incredible promotions you can have, in front of millions of people, how much would such and advertisement cost on TV? I will always do everything I can to make Andorra taking part again: you can make much more out of this money than sending politicians all over the place."

I'd love to see Andorra back some day. So far, the Andorran broadcaster are yet to announce anything regrading next years contest.
Posted by Jack Voda at 15:26 1 comment: 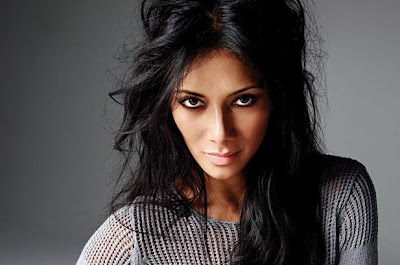 Zoe Alexis only managed to achieve a rather disappointing 4th place in this years Irish national final, probably due to her poor vocals, although I believe the song is very strong and it appears so does Nicole Scherzinger as she plans on recording it within the next few weeks.

Nicole Scherzinger is very fell in love with it when she first heard it, apparently. She is busy at the moment with being a judge on "The X Factor". A show which sparks lots of controversy and criticism here in the UK but everyone loves it really. I guess Nicole will cover this just in time for the live shows... She'll be able to carry her own live unlike poor old Zoe back in Ireland.

Fire was written by Lauren White, Niall Mooney and Willie Weeks and you can enjoy the live version by Zoe, below...

Denmark: DR hopes for another win! 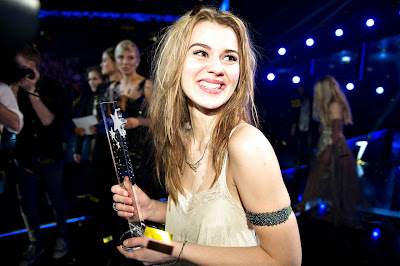 DR, the national broadcaster, have made an open call for songs to compete in Melodi Grand Prix - and they are aiming to win the trophy again, on home soil. DR have high hopes informing that they'd be happy if they was to win again - Rasmus Ladefoged, entertainment editor, stated...


The last time Denmark hosted the Eurovision Song Contest, we were number two with Rollo & King. If we can just make it a little better next year, Ill be happy!

DR have said that we'll soon know where DMGP will be held - an announcement is due in a couple of weeks. Exciting! 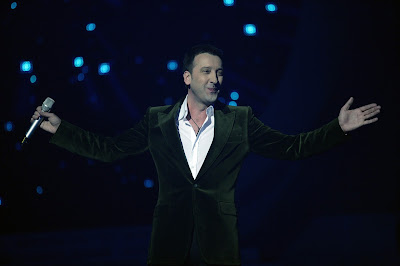 Hari Mata Hari are arguably one of the most famous and respected musicians from Bosnia & Herzegovina and Hari wants to represent their country in Eurovision, once again. Back in 2006, he achieved a very respectful 3rd place with Lejla - which is by far the best Bosnian entry ever!

He's been interested in returning for some years now, and was appointed to represent the country last year before BHT decoded to withdraw - so if Bosnia do return next year, will Hari Mata Hari be back? What many people don't know, is that Regina wasn't Bosnia's first choice in 2009 - the broadcasters first choice was a fantastic duet between Hari Varesanovic and Nina Badric - listen to it here. That would've been awesome! Click here for more (in Spanish).

Hari promised that he will return one day.... Will that be next year? Hmm, time will tell I guess. Enjoy his 2006 effort... 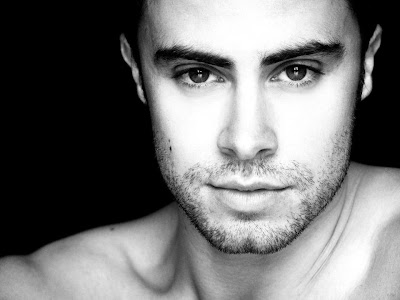 Ruslana, one of Ukraine's best singers, recently attended the Antwerp Pride closing ceremony - and she said that she hopes Rui Andrade will represent Portugal in 2014. She believes it's time Portugal got back "in the game".

You can take a look at the full interview here. Ruslana won the contest in 2004 for Ukraine, and has became one of the most successful Ukrainian artists ever. She's had numerous hits over the years - hence havening a massive following. Anyway, Rui Andrade would be a fantastic choice for Portugal - he participated in the Portuguese national final in 2011 and in 2012 so would probably be up for it if RTP asked him. Portugal haven't announced their return officially yet, although confirmation should come very soon. Maybe sooner than we think.

Photograph from Rui's Facebook Page.
Posted by Jack Voda at 11:25 No comments: 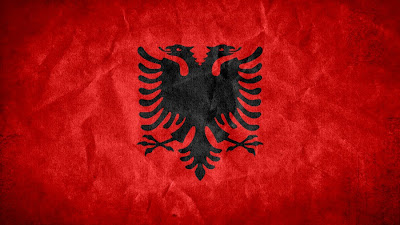 It has been confirmed through esctoday.com that Albania will be present in next years Eurovision Song Contest - yay! RTSH, the national broadcaster, have announced that they indent on selecting their entry through the Festival I Kenges competition once again.

Adrian Lulgjurak and Bledar Sejko failed to qualify this year - and it didn't come as a surprise, it was probably the worst Albanian entry ever - although their 2007 effort comes pretty close. The Albanian national final is due to be held around Christmas time, like every other year. Who will try their luck? I hope to see Anjeza Shahini.

It's also been announced that Lithuania and Belarus intend to participate although they still are yet to officially confirm. I hope you all are having a great summer!!!
Posted by Jack Voda at 18:57 No comments: 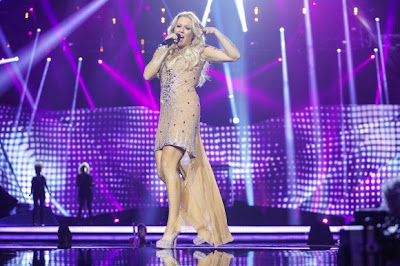 Cascada were one of the bookies favourites this year however they came a totally undeserved 21st place - but they are back! Their new single is entitled The World Is In My Hands and it's great. The video-clip was released a couple of weeks back and has had over 100,000 hits.

A real summer hit. But, does anyone else think that this was considered for Eurovision? It's 3 minutes long so would be idea for ESC - if this was the case, I'm pleased they stuck with Glorious. I don't think they would've done better with this.... but then, I really thought they would've been top ten in Malmo - how wrong was I? This new song is good but I feel it lacks the edge Glorious had.

UK: Have the BBC chosen Rylan Clark for Eurovision? 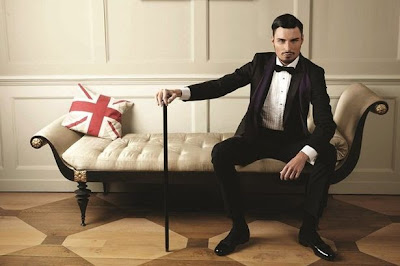 Rylan Clark tweeted this last night - it begs the question, has he been selected for ESC? It's sparked lots of confusion but I wouldn't mind seeing him represent the UK - I'd think he would be awesome... Maybe this could be about something else, this blogger really has no idea.

I don't think we'll know for some time either way. Rylan was a contestant on The X Factor last year - he came 5th respectively - meanwhile he's also won Big Brother and made quite a name for himself. Rylan has shown an interest towards Eurovision in the past so if the BBC did ask him, surely he's be up for it? I guess it's just going to be a waiting game to see if anything comes of this. Maybe something will come of this.

He would defiantly be the "love or hate" participant if chosen. Take a look at him in action here... 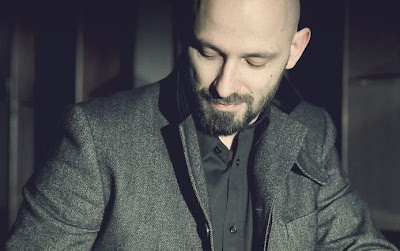 There are several artists throughout Europe which I adore but have never participated in ESC - so I've decided to share my thoughts on them with you all. I'll be doing this throughout the summer and I hope you all enjoy reading these posts. Let's go...

OK, next up is an Icelandic rock singer in the form of Magni Ásgeirsson - he's one of my favourite artists from Iceland. You may recognise him as he has actually participated in Söngvakeppni Sjónvarpsins (the Icelandic national selection) five times and was even the runner-up in 2011. Back when he was younger, Magni was the lead singer Á Móti Sól - a group which have had quite a lot of fame in Iceland and in certian parts of Europe. Take a look at them here. In 2006, he participated in an American music TV show, "Rock Star: Supernova" - after this he was know as the "Ice Man" (because he's from Iceland...) and earned loads of American followers. He didn't win but came a very respectable fourth.

Magni has participated in the Icelandic selection on five occasions - in 2006, 2007, 2011, 2012 and 2013. In 2006 he competed with a folk song entitled Flottur karl, Sæmi Rokk - it's not my favourite song of his but very nice nevertheless. A year later he teamed up with Birgitta Haukdal, the song was entitled Núna veit ég. It was very popular in Iceland back in 2007 but still failed to win the selection. He took a few years off and returned in 2011 with  Ég trúi á betra líf and came second - losing out to the tribute band. I thought he was going to win last year, with Hugarró, this wasn't the case much to my disappointment. My favourite song from him is Ekki líta undan - that would have been a fantastic Icelandic representation in Malmo. He was awarded the wildcard after failing to qualify from his semi. Hopefully one year he will win and bring Eurovision to Iceland... it's possible!

This guy has so much talent - take a look at his cover of Creep...