The Netherlands: The Common Linnets to Copenhagen! 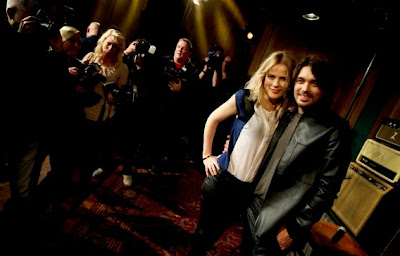 Ilse Delange and Waylon have been announced as the Dutch representatives! TROS revealed this in a press conference in Hilversum this morning. They will compete under the name "The Common Linnets".

I'm very excited about this! They are both fantastic artists and will release a new album soon - which has been recorded in Nashville, Tennessee. The duo have worked together for many years now - and this is what Ilse had to say about flying the Dutch flag:


We’ve known each other a long time out of the country circuit. Early this year I wanted to make a record with a like-minded artist, and I came out [to Nashville] with Waylon. We went several times to Nashville and wrote there. We have written a lot of songs together, but haven’t decided what number we are going to do in the contest. One morning in Nashville we had a talk about the contest and then I was pretty enthusiastic about it.

The song hasn't been chosen yet however it is going to be country song. I'm expecting good things from Holland next year... Their Eurovision entry will be released in March.

Here they are performing together...