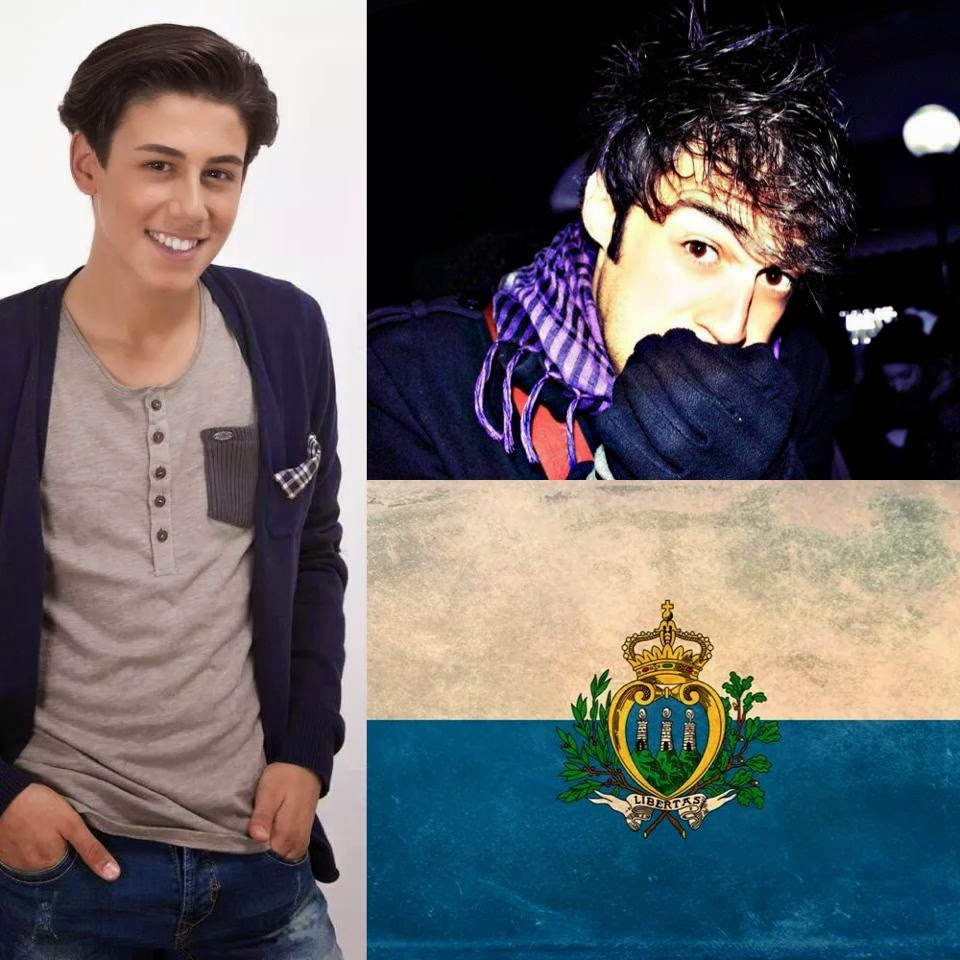 San Marino historically made the final for the first time ever in Copenhagen with Valentina Monetta. Naturally, a lot of people have discussed whether she'll represent the country for the forth time although it appears this won't be the case. SMTV are yet to confirm their presence in Austria - however sources close to the broadcaster say a decision has already been made regarding their act for next years edition...

Michele Perniola represented Europe's oldest state in JESC 2013, and even announced the Sammarinese votes in ESC 2014 - so naturally, he's been tipped to represent San Marino next year. Could it be him? Meanwhile, Antonello Carozza is an Italian singer, songwriter, composer, record producer, pianist and vocal coach. He has recently announced on his Facebook page that he's going to be busy in November working on JESC, and also busy in May... it's possible that he will produce Perniola's for next years Eurovision. Or maybeeeee Carozza will be their representative? Antonello Carozza produced San Marino's JESC entry last year and even competed in the Russian selection, back in 2010 with Senza respiro. He came 8th. We'll see how this one pans out.

This is not official - only speculation at the moment...
Posted by Jack Voda at 19:31